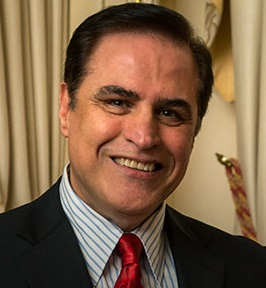 As your next U.S. Senator, Dr. Alameel will fight for everyday Texans. In Washington, he will fight for the interests of Main Street over those of Wall Street. He will fight to protect a woman’s right to choose and to enforce equal pay for equal work. He will ensure that Texas keeps its promise to our senior citizens by protecting Social Security and Medicare. He will also work towards fair and humane comprehensive immigration reform and the passage of the DREAM Act.

David Alameel believes in the American Dream because he has lived it himself. He came to America when he was just twenty years old leaving behind his large Lebanese Christian family. David pumped gas and worked in the fields to help his family. He proudly served in the U.S. Army, then worked his way through college and received a dental degree from the University of Texas. Later he moved to Dallas and founded a network of dental clinics that grew into a multi-million dollar enterprise.

In recent years he sold that business and has become a highly successful investor and an expert in financial markets. He is a strong critic of Wall Street and says we must reform current policies “that subsidize big banks and corporations and hurt the middle class.”

Dr. Alameel and Martha, his wife of 40 years, have two grown children, Mark and Nadya, and one grandson. Dr. Alameel has served on various civic boards and organizations in the Dallas area. He is an active philanthropist, with an emphasis on educational opportunity. He founded the Alameel Foundation to provide community services in the DFW area, and he serves as President of the League of Latin American Citizens Greater Texas LULAC Council.

Dr. Alameel has been an active supporter of Democratic causes and candidates in Texas, including state Senator Wendy Davis, who is a personal friend. He received the “Centennial Award” from President Bill Clinton in 1999.

As Senator, David Alameel will advocate for:

David Alameel is a veteran and strong supporter of the United States military.

After 12 years, Alameel believes it’s time for us to leave Afghanistan, bring the troops home and use the hundreds of billions of dollars we are spending there to help rebuild America:

Dr. Alameel believes Social Security and Medicare are promises to the seniors who worked hard, paid into the system all their lives and made our country what it is today. In the Senate, David Alameel will always honor our promise to our seniors. Dr. Alameel vows to never cut Social Security and Medicare and will fight any attempt by Washington politicians like John Cornyn to turn these programs over to Wall Street and privatize them.

As a father, Dr. Alameel believes that the best investment we can make is in a quality education for all children, not just the privileged few. Dr. Alameel has been part of numerous non-profits that provide scholarships to young Texans who work hard in school.

As a Senator, David Alameel will continue to fight for education funding to make sure that our children get the world class education they deserve in order to compete in the increasingly global economy.

Dr. Alameel supports the DREAM Act and comprehensive immigration reform that is both humane and respectful of our laws. Alameel believes we need to create: • A faster track toward a program of lawful work permits. • A responsible roadmap to citizenship for law abiding and hardworking people who have no criminal record and are only asking for a fair opportunity.

Dr. Alameel believes in a woman’s right to choose and that politicians or the government should not interfere in these deeply personal decisions that should be made by a woman, with her family, her doctor and her God. Dr. Alameel will always fight to protect Roe v. Wade. In the United States Senate, Dr. Alameel will demand equal pay for equal work between men and women.