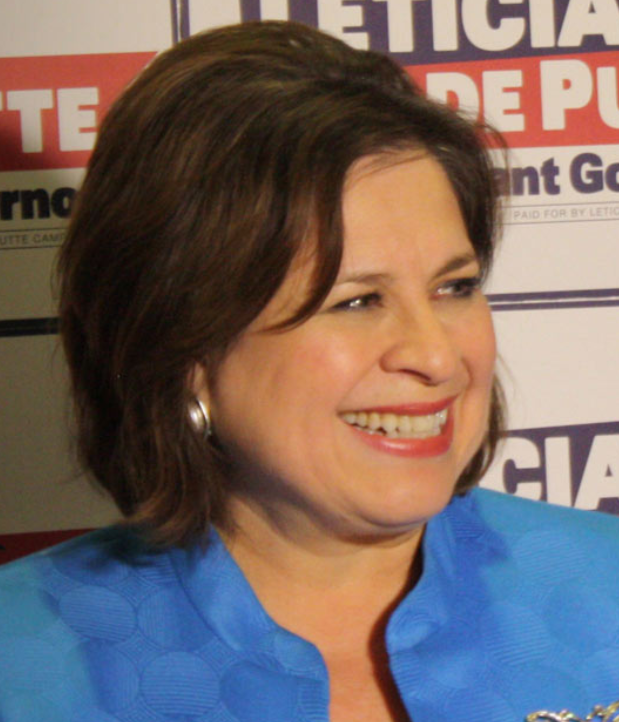 Leticia San Miguel Van de Putte – mother of six, grandmother of six, practicing pharmacist, sixth-generation Texan, and experienced legislator from San Antonio — has been fighting for Texas families her entire life, and now wants to be your Lieutenant Governor.

Leticia San Miguel grew up with her four brothers and sisters in a small house on the West Side of San Antonio. Her mother, Belle, was a music teacher; her father, Daniel, an Army veteran. Leticia grew up in the same tight-knit community in San Antonio where she and her husband Pete raised their family and still live today— blocks away from her childhood home.

Leticia knew she wanted to become a pharmacist—just like her grandfather—and that a quality education would open the door to opportunity. So she worked hard, graduated with honors from high school and attended pharmacy school at the University of Texas at Austin. After graduating, she opened her own small business: a community pharmacy on the West Side of San Antonio, where she served the same community that she knew growing up. And, even now, she still makes time to practice at the neighborhood pharmacy.

Leticia felt compelled to run for Lieutenant Governor for the same reasons she ran for state representative back in 1990: for her children, for her community, and for all Texas families. She and her husband, Pete Van de Putte, have six children and six nearly perfect grandchildren, and she wants to make true on the Texas promise for her family and for generations of Texans to come.

Leticia first ran for the Texas House of Representatives in 1991 and faced off against four well-known political leaders. And although she was widely considered an underdog, she won that year, and she hasn’t lost an election since.

Leticia’s motto has always been, “Listen first, then act.” She shares that she learned the importance and effectiveness of this skill from raising her six kids and from helping her patients across the pharmacy counter. And it’s true: she listens first, then acts. That’s what makes her a great mother, a great pharmacist and a great legislator, and that’s what will make her a great Lieutenant Governor.

During her over two decades in the Legislature, Leticia has built a strong record of working with both Democrats and Republicans to get the job done.  She understands that Texas solutions mean embracing the diverse interests of all Texans, from the Panhandle to the Valley, from West Texas to the Port of Houston – and everywhere in between.

Leticia’s record speaks for itself: She puts Texas first. She is a pro-growth leader who understands that we need to make smart business decisions – investing in our universities, local schools, roads and water infrastructure – to help our employers thrive and keep Texas strong. Her goals for education, water and roads and quality of life speak to all Texans. Her focus isn’t on the big wigs in the office: it’s about everyday Texans and Texas families.

Military, Veterans, and Their Families

Senator Van de Putte is committed to supporting Texas’ military heroes, our veterans, and their families:

Senator Van de Putte has a strong history of supporting community public schools and teachers to ensure Texas students get a great education:

Senator Van de Putte supports a Texas solution on immigration reform that secures our border, strengthens our communities, and achieves a smart economy: