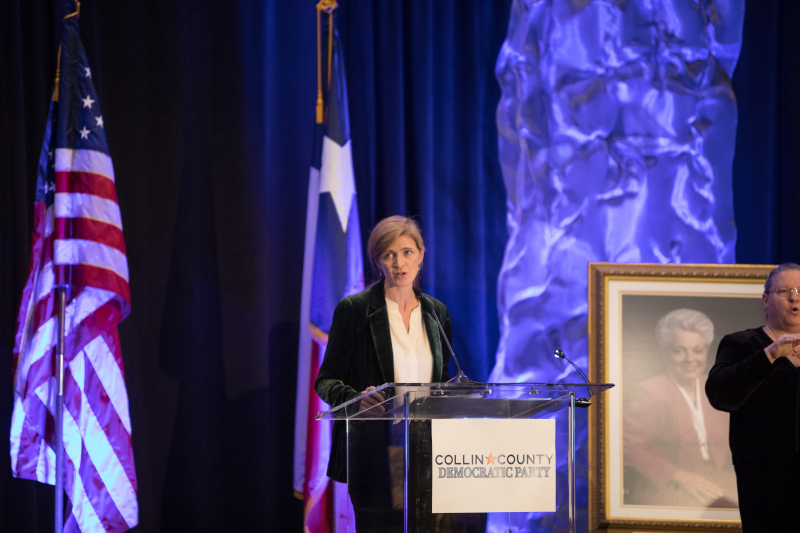 “Had a great time. Very inspiring.”

These are just a few of the things people said to me the other evening. If you weren’t at our annual Ann Richards Dinner last Friday night you really missed out! The proceeds from this event will give us a good start on our 2020 Victory Fund!

Former UN Ambassador Samantha Power delivered a keynote that was enlightening and motivational. One of the key themes was “shrinking the change” – the idea that when things seem overwhelming and we’re asking what one person can do, we should shrink the problem down to something we can work on – fixing a piece of it.  Her perspective on domestic politics influencing international relations couldn’t have been more timely.

One of the highlights of the evening was the awarding of our first ever Kelley Van Auken volunteer of the year award. See this week’s Rally for details.

Finally, we want to thank all our volunteers who helped stage this event, and our sponsors: