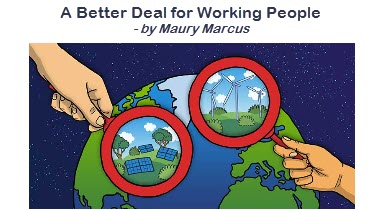 During the last quarter millennium, the democracies of the West and the Far East have experimented with three basic economic ideologies: conservative capitalism, centralized state socialism, and progressive capitalism. The verdict of history is clear.

Conservative capitalism has been strong in the United States for most of its history, with the exception of the New Deal and its sequels. Since 1980, it has been dominant. Conservative capital, in theory, posits a utopia wherein total market anarchy perfectly determines all human activity and government plays no economic role.

In practice, its results have been dismal. Wealth has been sucked upward. Working people have been driven downward. We have seen predation, monopolization, exploitation, and stratification. Working people, searching for answers, find themselves attracted to those who want to blame cultural groups, such as Mexicans. No conservative offers any proposal to elevate the poor or to expand the horizons of the working middle class.

Centralized state socialism, classically defined as government ownership of all economic enterprises, has always stifled entrepreneurship, creativity, and innovation. In the words of Pete Seeger, who was a heroic lefty of the old school, no government committee could have invented Federal Express. The economic failures of Soviet Russia, Maoist China, and Castroite Cuba remain examples of an idea that will neither die nor work.

Progressive capitalism, a.k.a. modern American liberalism, New Dealism, social democracy, democratic socialism, or “Bernie socialism”, had done the greatest good for the greatest number until its advance was halted in the Reagan years. Progressive capitalism means truly free markets, governed by the rule of law, supported by public investment in infrastructure, education, and research, and protected by a comprehensive working class safety net. When working people have had a safety net, along with a voice in deciding their economic destiny, all have prospered.

What items should the Democratic Party, united behind Joe Biden, include in a progressive capitalist/social democratic agenda at this point in history?

Democrats must reclaim the allegiance of working people. It is our root. We deracinate at our peril.