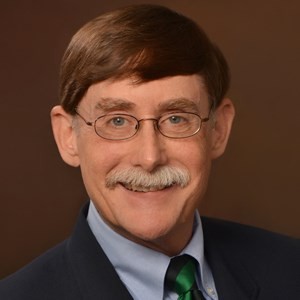 The name of the once proud and valued political philosophy has become an obscenity. “Conservative” used to mean “holding to traditional attitudes and values and cautious about change or innovation, typically in relation to politics or religion.”  It’s still defined that way in most dictionaries. The conservative luminary William F. Buckley once said “A conservative is someone who stands athwart history, yelling Stop.”

But this isn’t what “conservative” means now. Most modern “conservatives” don’t want to stop change. They don’t like how things are now. They want radical change, back to how they think things used to be. They’re reactionaries, not conservatives.

Many talk about traditional “conservative” values. But “conservatives” don’t own family values or national defense – that’s a lie told by “conservative” leaders and media in order to demonize liberals. Self-styled liberals and progressives care about their families just as much as “conservatives”, and care deeply about defending our country from foreign and domestic threats. “Conservatives” blame liberals for a decline in “moral values”, mainly having to do with sex. They should instead blame businesses that use sex to sell products and entertainment. And they should ultimately blame themselves for supporting politicians who glorify “free market” values at the expense of everything else, letting business run rampant in the pursuit of greed.

Most modern “conservatives” also style themselves as “small government conservatives”.  Conservatism has nothing to do with small government, and implicitly they know that because they feel a need to apply the label of “small government”. A classic conservative would want to keep government as it is, not change the status quo to give it a smaller role in people’s lives. In fact, with the degree of change in the size of government that many are advocating, some wanting to go back not just to before Franklin Roosevelt but all the way back to before Teddy Roosevelt, they too are radical reactionaries.

“Conservative” politicians don’t govern as conservatives in any sense of the word.  Rather than cautiously moderating change in order to protect traditional values, they pursue reactionary policies that seek to undo existing law. For example, a true conservative would want to protect the 80 year-old Social Security, not dismantle it. These politicians get elected by espousing traditional values to “conservative” voters, and then enact policies that benefit their donors and big business. They advocate “family values” and then shill for corporations that ship jobs overseas, thereby destroying families. They talk about the middle class, the traditional core of America, and their highest priority is tax cuts for the wealthy. They’re not “conservative”. They’re not even Libertarians because they love big government when it comes to helping corporations.

Finally, there is no solid intellectual foundation for modern “conservative” political thought. Anything that passes for principle is borrowed from Libertarianism (a quaint, unworkable philosophy, but that’s a topic for another discussion). The rest is a smokescreen intended to justify policies that benefit the corporations and the wealthy who fund conservative think tanks. As John Kenneth Galbraith famously said, “The modern conservative is engaged in one of man’s oldest exercises in moral philosophy… the search for a superior moral justification for selfishness”

True conservatives have always had an uneasy relationship with America, because America at its core is about progress and change. We championed government of the people and by the people rather than by monarchs. We expanded westward. We’ve constantly expanded the number of people who enjoy the full rights and privileges of citizenship. We’ve made an obsession of economic growth, prosperity, and upward mobility. And we have opened our arms to diverse immigrants who embrace the American dream.  All of this leaves us in a ferment of constant change. The poor, classic conservative doesn’t know whether to protect the status quo and attempt to thwart change, or to uphold our traditional values of progress, growth, and expansion of liberty.

True, classic conservatism is dead. What masquerades for it now is a stinking corpse, a mindless zombie, a rotting, putrid garbage heap of fear, xenophobia, racism, religious fundamentalism, and greedy worship of the “free market”. It’s time to stop using the word. What most “conservative” people are now are reactionaries. And if “conservative” is ever used again to describe people, it should never be used by itself. The emerging conservative movement of the mid-20th century made “liberal” a dirty word, starting by calling out “knee-jerk” liberals who just followed the party line of the New York Times editorial page. The only people now who are unthinking followers are “conservatives”.  Rush Limbaugh’s listeners have even made a virtue of it by calling themselves “ditto heads” – “Yup, mega dittos! Whatever you say, Rush!”