In my opinion, healthcare is the most important problem facing America today.   The cost of medical care, including prescription drugs is dramatically higher in the US as compared to other developed countries.  Millions of American cling to corporate jobs they despise just because they are scared to lose their health insurance.  Many are forced to go to Canada or Mexico for lower-priced drugs or simply affordable dental work.

That is why Democrats have an opportunity to clearly differentiate themselves from Republicans by making healthcare the centerpiece of their 2020 campaigns.

Here are the top reasons: 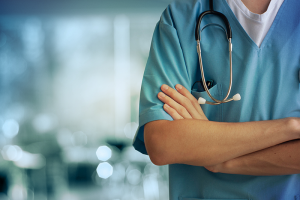 1. Healthcare is a crisis that affects everybody.  I have a friend who was diagnosed with stomach cancer while he was in between jobs. With no health insurance, he had to liquidate all his assets to pay for the treatment.  The good news is, he beat the cancer. The bad news is, he had to declare bankruptcy just before turning 50.  Now, at 50, he’s starting over.

Next time you go to dinner with a group, go around the table and ask everyone if they know of similar stories like my friend’s.  I will bet that everyone will know of someone in a similar situation. Black or white, rural or urban, man or woman, healthcare affects everybody.

2. The Republicans have no solution.  The GOP ran on ‘repeal and replace.’  Partly because of this, they held both houses of Congress from 2010 to 2018. And during all that time, they have not come up with anything better than Obamacare.

The reason is, that there is no solution possible to the right of the Affordable Care Act (ACA). Even though the GOP lied, of course, by labeling the ACA ‘socialism’ and a ‘government takeover of healthcare.’ The reality is that the ACA is a free market solution.

The ACA standardized coverages (i.e., children can stay on parent’s policies till 26; people with pre-existing conditions can’t be denied coverage, etc) and required everyone to get insurance. It required the states to set up free-market exchanges. And, it subsidized those who couldn’t afford policies through Medicaid expansion.   There is no solution to the right of this.

So, the Republicans have spent they’re time sabotaging the ACA by blocking the Medicaid expansion, refusing to set up state-wide exchanges, and suing to eliminate the pre-existing condition protection. If Democrats would get more aggressive in their campaign rhetoric and call Republicans out on this behavior, I think they will find the GOP is very vulnerable on this issue.

3. Democrats have solutions — from accepting the Medicaid expansion at the state level to proposing Medicare-for-all at the national level. Democrats should embrace the ACA and run on restoring it, expanding it, improving it, or taking the nation to an even better solution like Medicare-for-all.

Healthcare is the crisis of our time.

Climate change, voting rights, reproductive rights, are all important issues that should be discussed in this election cycle.  However, no issue affects every person, every day, right in the pocketbook, like healthcare. Democrats need to seize the moment and run on healthcare as the primary issue of our time.