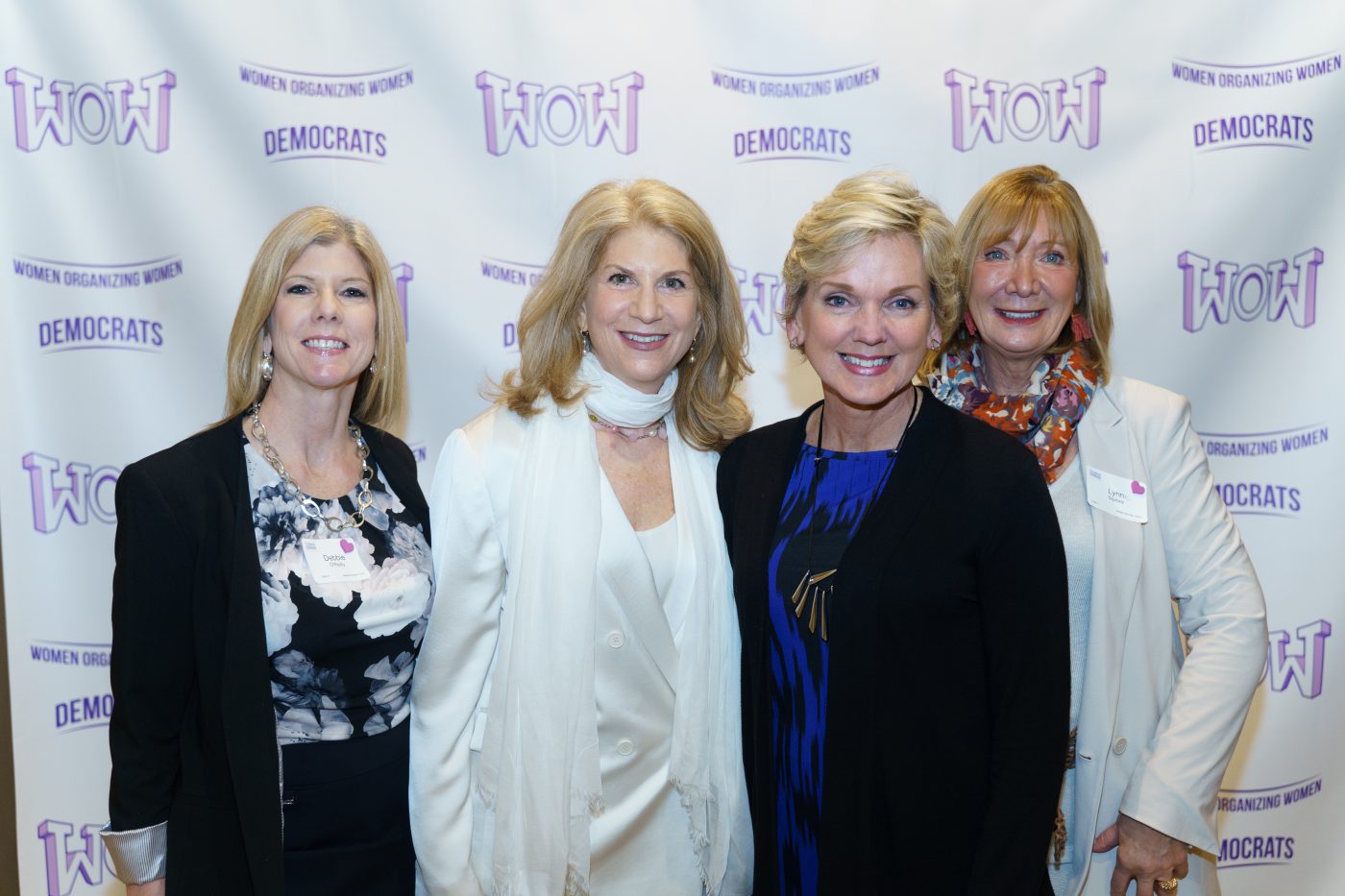 A sell-out crowd packed the event of the season Saturday, February 16 at Eldorado Country Club in McKinney to hear keynote speaker Governor Jennifer Granholm at the 2019 Women of Courage Luncheon hosted by Women Organizing Women Democrats (WOW Dems). Thank you to all who attended and supported this extraordinary event!

The former two-term Governor of Michigan Graham opened her remarks with a hilarious but powerful “Dr. Seuss-like” poem comparing Michigan and Texas, which earned her the first of many standing ovations. Granholm captivated and inspired the audience, saying that what she looks for in a leader is someone who is moved “authentically” by people’s concerns, and who truly “sees” individuals and cares about the well-being of others. She said, “We are a family as a nation and in a family, no one gets left behind!” Her final charge to enlist in the battle to turn Texas Blue had the entire room fired up and ready to elect the 2019 municipal and 2020 candidates.

Numerous participants described Granholm as “the best speaker they’d ever heard!” Watch the Governor’s amazing speech and enjoy photographs from the afternoon.

The luncheon ended on a poignant note when attendees lit candles in recognition of the personal “Women of Courage” in their lives.

It was a fabulous event attended by many enthusiastic women, men, elected officials and candidates who share Granholm’s belief in Democratic principles and will work to take our nation back to a higher place. Proceeds from the luncheon will benefit 2019 and 2020 candidates endorsed by WOW Dems. We invite you to join WOW Dems and join a committee to help us lead the charge. You can also find WOW Dems on Facebook, Twitter, and Instagram.