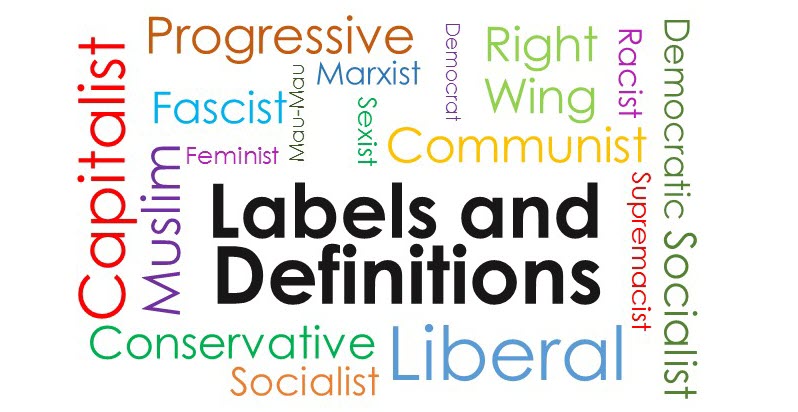 In recent years, traditional labels or political or economic ideology have been used inaccurately and recklessly without regard for their accepted meanings or historical context. We were told that President Barack Obama was a socialist, Marxist, Mau-Mau, Muslim, Fascist, Communist and [anti-white] racist fanatic.

Each of these separately was false. Together, they were ridiculous. One term that has been bandied about with abandon is “socialist”. But there seems to be no consensus about the meaning of the word. Four definitions are currently operative in American politics:

• “State Socialism” means government ownership of economic enterprises. This is the classic definition of socialism. It is the dictionary definition. Few democracies have tried this. During the post-WWII era, Britain nationalized the steel and coal industries, with dismal results. During his last year in office, President George W. Bush nationalized the major banks. He justified this act by claiming it was needed to prevent financial catastrophe. Many in both parties feel he was right. His action was a temporary measure, but it was socialism.

• “Democratic Socialism” is the label that Senator Bernie Sanders and Representative Alexandria Ocasio-Cortez apply to the set of policies that they espouse. However, more accurate labels exist for this set of policies: “Progressive Capitalism” or “Steroidal Liberalism”. We should note that Europeans would call this set of policies “Social Democracy”.

• “SOCIALISM!!!” (always pronounced with clenched teeth and raised clenched fists) means anything Republicans do not like.

• “National Socialism” (NAtional soZIalismus) was an ideology which was dominant in Germany between January 30, 1933 and May 8, 1945. This ideology embraced the idea of German racial supremacy which posited Germans as a master race, entitled to dominate all other races in the world. It was not popular with Germany’s neighbors. It had nothing to do with any form of economic socialism. One Republican member of Congress called President Obama a National Socialist. However, Obama does not appear to be a German racial supremacist.

This leads us to what labels we should apply to contemporary American politics. Here are four possibilities.

• The left wing of the Democratic Party is most accurately described as Social Democratic. These policies actually align with parties of the moderate right in other democracies. For example: Canadian Conservatives, British Tories, French Gaullists, and German Christian Democrats all support single-payer health insurance; this and other concepts should never be called “socialist.” There is no groundswell for any form of socialism, accurately defined, in America. There is support for extensive government action on human equality, working class prosperity, and ecological defense, but these issues do not comprise socialism.

• The center-left wing of the Democratic Party can be defined as Progressive Capitalist. This group has two cheers for the productivity of capitalism, but feels that truly free markets require governance by the rule of law; public investment in infrastructure, education, and research; and a comprehensive working-class safety net. On healthcare finance, Progressive Capitalists care not whether the provision is public or private — only that it exists, it has minimal overhead, it does not excuse any denial of coverage, and it does not levy exorbitant costs on working people.

• The center-right wing of the Republican Party is a faction that worships total market anarchy as a utopian ideal. They are best called Conservative Capitalists. An employer may provide healthcare finance and other benefits to employees at his discretion. Employees should humbly accept whatever crumbs are tossed at them.

• The far right wing of the Republican Party existed before Donald J. Trump and will exist after him. It suffers from a multitude of prejudices and phobias. It has hid behind the Conservative Capitalist wing for decades and used ConCap rhetoric to hide its dark purposes. Trump has done the nation a service by bringing this wing out of hiding. It has no real philosophy. It has nothing to sell but fear itself.

Therefore, we may define a new term to describe its set of attitudes – “Phobism”, meaning fear or phobia as an ideology.

SocDems, ProgCaps, and ConCaps can negotiate with each other and find workable solutions to our nation’s problems. But Phobists deserve total political destruction.