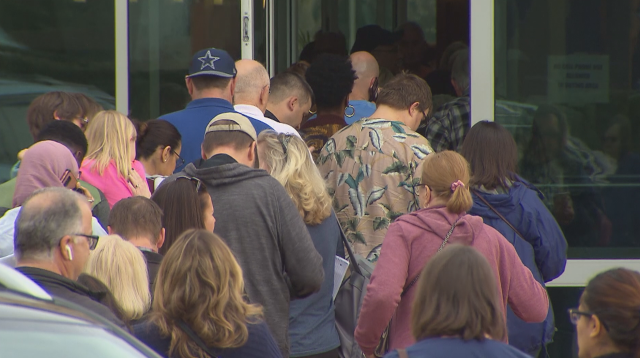 The Democratic Party is firmly committed to making sure that every citizen entitled to vote is able to vote and able to vote as easily as possible. Too many people had to wait in long lines to vote in Tuesday’s Democratic Primary. To the extent we could have prevented this we apologize and offer these explanations about how it happened and what we’re doing to prevent it from happening again.

For background, the parties run the primaries on Election Day, contracting with the county for services.  The state provides funding for equipment rental and staffing using formulas based on turnout estimates provided by the county parties.

We estimated a total turnout of around 100,000 voters, with only a quarter of them voting on Election Day based on recent elections. We ended up with around 85,000 Democratic voters but over half voted on Election Day. We believe that the largest factor in the lopsided turnout was voters deliberately waiting until after the South Carolina primary, and this is confirmed by nationwide polls as well as our own anecdotal reporting.

Reports from our election judges indicate that the main bottleneck was not voter check-in but insufficient voting machines. Other factors may have included a longer than ever Democratic Primary ballot, unfamiliar new machines, and a software deficiency (that is to be fixed this summer) that forced each race and proposition to be on a separate screen.

We are already working with the County Elections Department to see that more machines are purchased.

We are ecstatic that so many Democrats are now voting in our county.  We will be working to ensure all can vote quickly and smoothly in future elections, including the coming May 26 Runoffs and the very important November 3 General Election.