(Plano, Texas). Mike Collier, a former resident of Collin County brought his “Watchdog Tour”  to his old stomping grounds on Saturday August 2, 2014, in a “Get Out the Vote” luncheon with local Democrats at Plano’s Big Easy Restaurant.

Mike Collier started his financial services career at Exxon, but soon found his way to PriceWaterhouseCoopers – one of the biggest accounting firms in the world, with tens of thousands of employees. He served in the audit practice for 10 years, eventually becoming a top aide to the PwC World Chairman. Finally, he served in Houston as a Partner for ten years, leading a team of two dozen professionals providing due diligence, structuring, and valuation services to some of PwC’s largest and most sophisticated energy clients. Then, Mike helped build a successful Texas oil company, serving as its CFO.

Mike has said he wants to have the Office of the Texas Comptroler, return to the accountability days of former Comptroller, John Sharp, who audited state government and found $8.5 billion in savings. Not surprisingly, Republican politicians ended the review. Mike will fight to reinstate the Texas Performance Review to hold government accountable.

Mike stated, “This race is about a choice between a politician who hides from a fight and a Certified Public Accountant and CFO who knows how to hold politicians accountable.” 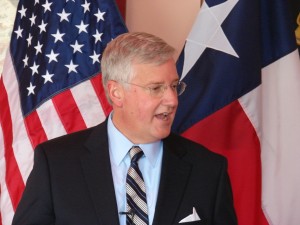 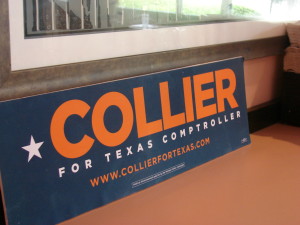