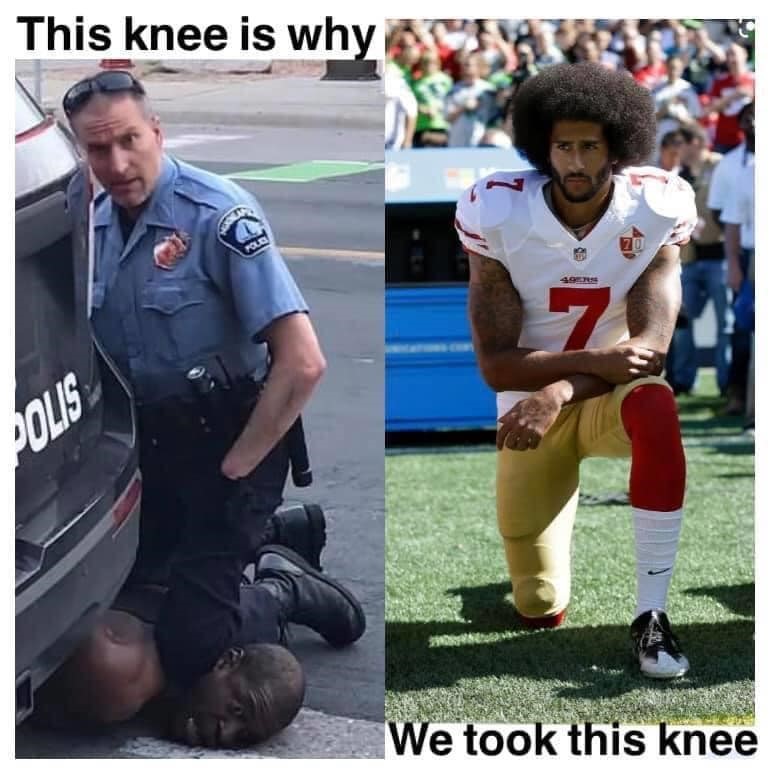 New Rule: A white person cannot be hired as a police officer, sheriff, or constable for the next five years.

Inspired by Bill Maher’s New Rules segment on the HBO show Real Time with Bill Maher.  This is meant more to provoke conversation rather than be a serious proposal 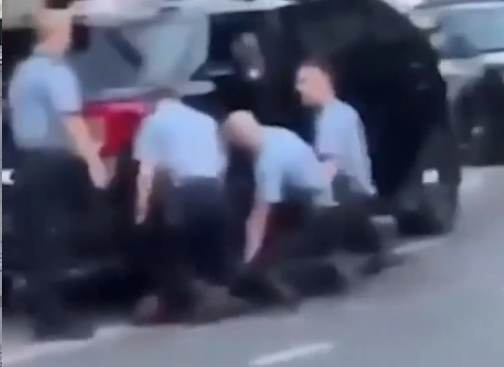 Please note, the opinions are my own and do not reflect the position of the Collin County Democratic Party.

Last week, a white Minneapolis police officer knelt on the neck of Houston native George Floyd, a black man who was handcuffed and lying face down in the street.

The video shows the police officer, Derek Chauvin, continuing to crush Floyd’s neck even as Mr. Floyd and the crowd pleaded that he could not breathe. The three other police officers did nothing to intervene.

George Floyd died. As a result, protests have exploded across the nation, including Dallas.

This is not new. The first videotape of a black man being brutalized by white police in my memory is that of Rodney King in 1991. That was 29 years ago!  The (all-white) police officers involved were acquitted of any wrongdoing. That’s usually what happens. White police officers know it. So they keep doing it.

This has occurred under both Republican and Democratic administrations.  While the Republicans have been horrible, especially under Trump, there still hasn’t been enough progress even where Democrats run things.

Just in the last month, Breona Taylor was killed in her own home by police serving a warrant at the wrong house while pursuing a suspect who was already in custody.

A few months ago, a white female police officer in Dallas, came home. However, she entered the wrong apartment. She saw a black man sitting on the sofa, eating ice cream. Despite extensive police training, rather than asking a question or two, Amber Guygar shot Botham Jean to death.

Even some people who think of themselves as liberal aren’t afraid to weaponize their white privilege against black men.  An example is the white New York woman who decided to call the police on a black man that just asked her to put her dog on a leash. Luckily that phone call to the police did not end up killing another innocent black man.

But one of the things that stuck out to me about the George Floyd case is that none of the four police officers involved were black. How, in 2020, in a major city, can NOT EVEN ONE OF THE FOUR POLICE OFFICERS BE AFRICAN AMERICAN? That needs to change.

It seems some white officer’s irrational fear of black people is so high that they cannot be rational around black people if there isn’t a black officer to calm them down.  For other white police officers, it might be about power and dominance. In either case, having a black office present would change the dynamic.

So, perhaps white people should not be hired as police officers for a few years to integrate the police force. For the next five years, let’s just hire black and brown police officers.

I realize that it must come as a shock to white people that they should be disqualified for a job – even temporarily – just because of the color of their skin.

All I have to say to that is: welcome to the real world.

I grew up in an era when black men were not allowed to play quarterback. When I first move to Dallas in 1983, nightclubs routinely screened people for ‘dress code.’  Of course, black people were always the ones not dressed ‘properly.’

At the same time, it was well known that a black person caught driving through the rich enclaves of University Park and Highland Park would be pulled over for ‘suspicious activity.’

So, perhaps it’s time for white people to find out what it is like to be disqualified from something just because of the color of their skin.

By hiring only black and brown police officers across the US, for the next five years, we would force white cops to ride with non-white cops. Those that didn’t like it, would leave. Those that adapt, would be better people.

Also, I suggest that no white or brown officer be allowed to arrest a black person without a black officer present.

This type of ‘monitoring’ is not unique in our society. For example, a male doctor cannot examine a female patient without a female nurse present.  A male TSA agent cannot pat-down a female passenger in secondary screening.  And so on.

So one way to regain the trust of black communities is to simply not allow non-white officers to arrest black suspects without a black officer present.  If there were enough black officers, this would be easy to implement.

I believe if there had been just one black police officer at the scene, George Floyd would still be alive.

I know some people think the only solution is more training, more accountability, more punishment, etc. This is what is said every time a police officer murders a black person.  To black people, it rings as hollow as sending ‘thoughts and prayers’ after a school shooting.

It’s time to try something different.

Once again, the opinions are my own and do not reflect the position of the Collin County Democratic Party.