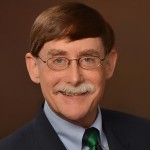 This past week several of our candidates participated in a candidate forum at Prestonwood Baptist Church. We greatly appreciate them being invited and applaud those who decided to participate. I could not attend due to travel but I understand that they represented the values of the Democratic Party well. I will add that this event and the way it was conducted brought to my mind a long standing personal objection to how religion and politics are too often mixed in modern America. To be specific, the first of the three topics a candidate was asked to address was “Tell us about your faith journey.” I find this an inappropriate topic from several perspectives.

First, there’s no avoiding the fact that this is asking a candidate to parade their piety in order to win votes. For the followers of Jesus this is addressed in Matthew 6:1 :

Be careful not to practice your righteousness in front of others to be seen by them. If you do, you will have no reward from your Father in heaven.

“If your dinner guest speaks at length about virtue, best count the silverware when he leaves.”

Secondly, both the US and Texas Constitutions prohibit any religious test for public office. The Texas Constitution does require that an office holder “acknowledge the existence of a Supreme Being”, but I doubt even that weak requirement is enforceable.

Thirdly, the Founding Fathers were wise to talk about “nature’s god”. They were only too familiar with the religious wars of Europe. Though many people now gloss over the differences between self-professed Christians they are still very real. Probe and you will find people who insist that to have salvation it is necessary and sufficient to accept Jesus Christ as your personal Lord and Savior. In their eyes anyone who espouses the “social gospel” of ministering to the earthly needs of others is guilty of the heresy of salvation through works. Others proclaim that faith without works is dead. Some believe that the Bible is the literal, inerrant Word of God, while others have a more nuanced reading. Some denominations welcome gays and lesbians, and have women as clergy. Others find these practices heretical. And even people from the same denomination often disagree about the precise meaning of scripture. This is not an exhaustive list but it illustrates the point – the question in many people’s minds isn’t just “Are you a Christian?”, but “Are you the right kind of Christian?”. God help you if you’re a Jew, Muslim, or atheist!

And finally, and perhaps most importantly, as Democrats we care about your values, not how you arrived at them. It matters not if you developed your values from the Bible, the Torah, the Koran, Confucius, or Comte, Huxley, and Thoreau. What matters to us are how you wish to see them implemented in public policy. And what are those values?

Democrats believe in Justice as much as we believe in Liberty. And by that we mean social and economic justice, not just the myopic criminal justice that many conservatives seem obsessed with.

We believe in equal opportunity, and in that we acknowledge the need to make up for so many people being denied opportunities in the past.

We believe that an honest day’s work should be rewarded with a living wage, and we support the rights of workers to organize and bargain collectively. We reject an economic system that rewards investors more than employees, and is rigged to benefit those who already have too much wealth and power.

We believe that government has a positive role to play in people’s lives, rejecting Ronald Reagan’s cynical joking about “I’m from the government and I’m here to help you.” After all, in a democracy we the people are the government, and we use it to do things together that we can’t do as well by ourselves or through private enterprise or charitable initiatives.

And finally, we respect and value the dignity of every person. We strongly condemn the divisive and scapegoating tactics of way too many Republican candidates and office holders.

Just once, when asked about his or her faith, I would love to hear a candidate say “It’s none of your damn business. I’m running for public office, not to be your pastor. But I’ll be happy to tell you about my values”, and then proceed to preach the Democratic gospel. Even more than that, I look forward to the day when most Americans view this as an inappropriate and even irrelevant question.

And to Prestonwood Baptist Church, just as you’re not “Six Flags over Jesus” we’re not the “Democrat” Party, as was printed in your program. We’re the Democratic Party, thank you very much.