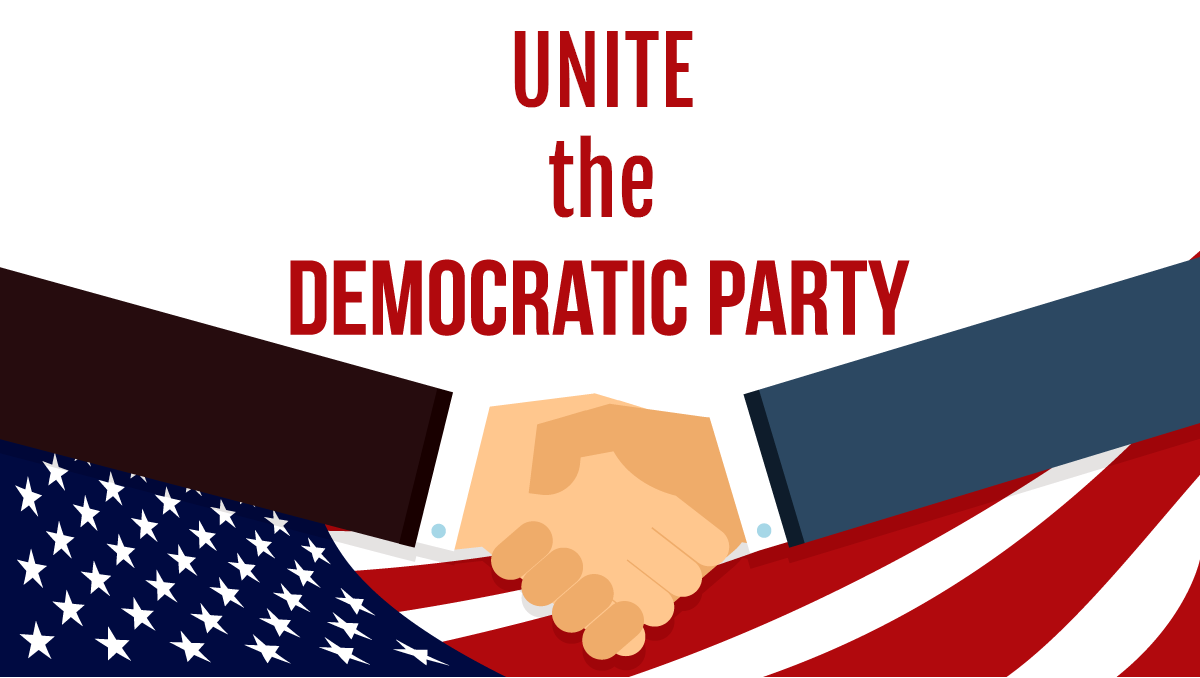 Last month, we attended the Jefferson County Fair in the state of Washington. To our surprise, there were three booths representing the Democrats. One said ‘Democratic Party’, the other two, ‘Bernie Sanders’ and ‘Elizabeth Warren’. After talking to the volunteers at each location, it sadly appeared that there was at a minimum, friction between all three.

The nightmares of the 2016 election suddenly reappeared to us, vivid and guts wrenching. Back then, the DNC had from the beginning of the campaigns chosen one candidate and was followed by most other state and county Democratic Party organizations who did all they could to disenfranchise a candidate who still managed to win about twenty states.

A chance to create a “unity” campaign by bringing some of the “Bernie” campaign organizers into Hillary’s was ignored. Obviously, this was not the only mistake made by her campaign, but we believe this was the single factor that could have overcome the other errors. The fatal result was that over 40% of the Democrats felt marginalized and thus lacked enthusiasm at voting time. Nonetheless, many voted for Hillary but others stayed home and a few chose to vote for Trump! Ouch!

In Collin County, some of us had reached out to the Bernie supporters before the primary. The Ann Richards Dinner organizers chose Jim Hightower, an old Democrat who happened to be a Bernie surrogate as the one of the two main speakers. The banquet was attended by both sides. Today, several 2016 Bernie supporters are current Precinct Chairs and some made an important contribution in the 2018 elections.

Back to the 2020 elections, we are confident that the CCDP will remain neutral in all primary races at the local level and at the State and National levels. Individuals have an absolute right to have their preferences, but should mentally commit to unconditionally support the primary winners when the time comes. We would suggest the candidates focus on their agenda rather than their competitor(s) so as to make sure that the “Other” side does not use past primary criticisms of their democratic opponent to their own benefit.

Most importantly, let us not forget, that while representing less than 40% of the nation, the incumbent president is a formidable opponent as he is going to have a no holds barred campaign devoid of any scruples or principles. At least ninety-five percent of his base will vote therefore, all the registered Democrats of this nation must vote, unified, for our selected candidate or we could lose again. Egad!