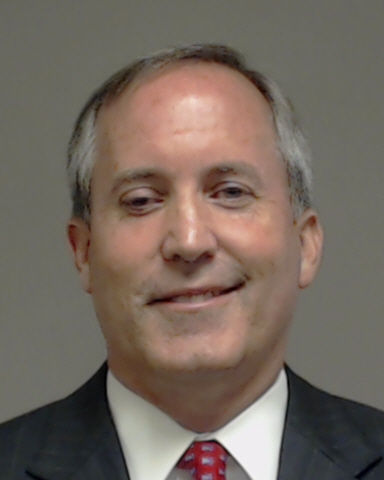 On Thursday, senior staff in the Office of Attorney General formally requested that Paxton be investigated for improper influence, abuse of office and bribery. These latest allegations add to a history of charges and ethical questions that have dogged Paxton for over a decade, including three felony charges filed against him in Collin County in 2015. Paxton was charged with two-first degree felonies for allegedly failing to disclose that he was paid to convince investors to buy stock in a North Texas technology company. He was also charged with a third-degree felony for failing to register with the state as an investment adviser.

His felony criminal cases have been repeatedly delayed, and he has yet to face trial – five years later – thanks in part to his Collin County Republican allies.

Paxton has since fought off other bribery allegations, avoided a second indictment for his role in a Collin County land deal and twice been in court for federal civil securities fraud charges.

“Since his indictment in 2015 Collin County elected officials have worked to delay justice by moving his trial, limiting the funding of his prosecution and throwing up other impediments,” noted Collin County Democratic Party Chairman Mike Rawlins. “His wife, state Sen. Angela Paxton, even tried to change the law to make his conduct legal.”

Last year, Sen. Paxton (R-Plano), filed a bill in the Texas State Legislature that would have expanded her husband’s power as attorney general, giving him the authority to exempt individuals from state regulations like the one he has been charged with violating.

“The core issue here is Attorney General Paxton’s pattern of corruption and cover up, aided and abetted by Collin County GOP leaders,” said John Shanks, Executive Director of the CCDP. “Now, we see the result of enabling unaccountable Trump-style corruption up and down the ballot. His own employees were so shocked by his blatant corruption that they felt the need to report.”

Shanks reproached every Collin County Republican official who endorsed Paxton for his narrowly-won reelection bid in 2018. “Knowing of the indictments, every one of them is responsible for this latest debacle and demonstrates how little we can trust their judgement,” he said. “His wife’s attempt to pass a bill exempting her husband is doubly reprehensible.”

“The corruption in the Republican Party is all too apparent from the White House down to our county Court House,” Rawlins added. “It’s past time for a change.”

It is unclear whether the new accusations are related to the active indictment for securities fraud that Paxton is facing. Brian Wice, one of the special prosecutors pursuing those charges for the last five years, told The Dallas Morning News on Sunday: “We’re looking into it.”

“These allegations raise serious concerns. I will withhold further comment until the results of any investigation are complete,” Gov. Greg Abbott said in a statement. Lt. Gov. Dan Patrick weighed in later Sunday echoing Abbott that they were “obviously concerning.” He also said he would withhold further comment until the investigation is complete.

On Sunday, state Rep. Sarah Davis, a Houston Republican representing a district that Democrats are targeting this year, became the first known GOP member at the Legislature to suggest Paxton resign if he does not “quickly address these allegations.”

“When are our Collin County elected officials going to do the same?” asked Chairman Rawlins. “Citizens of Collin County are all too familiar with the questionable ethical history of Paxton. The revelations that senior members of the AG’s own staff, many with impeccable conservative bona fides, filed a complaint against him should leave little doubt that there’s something seriously wrong with our AG.”