Join the Sameena Karmally for Texas team, as they call voters in Collin County every Tuesday and Friday evening from  6pm to 8pm at the Democratic Party Headquarters of Collin County, 2504 K Ave, Ste 200 in Plano, Texas. Then, join the team as they go block-walking on Saturday mornings, starting at 9am, launching from the DPCC Headquarters in Plano.

Sameena understands women’s issues and will stand strong for women’s rights, whether it is equal pay for equal work or a woman’s rights to access healthcare.

Sameena has long held a position that  “woman’s particular health concerns belong in her doctor’s office, not in the state house. Texans witnessed an embarrassing erosion of the wall between church and state in the summer of 2013. The important moral and religious elements of this issue are personal and private, and should be left in the hearts of the individual, without the interference and intrusion of government.”

Sameena has stood strong against the closure of Planned Parenthood clinics, meaning thousands of women and men will be denied access to routine physicals, mammograms, STD screenings, and other preventative health services.

During a House debate on an appropriations bill in 2007, Sameena’s opponent, State Representative Jodie Laubenberg,  put forward an amendment that would require expectant mothers to wait three months before they could begin receiving prenatal and perinatal care under the Children’s Health Insurance Program, or CHIP, a program that helps cover uninsured children in low-income families.  Representative Laubenberg later withdrew the amendment after strong objections from House Democrats.

For more information about Sameena, please check out her web page: http://karmallyfortexas.com/

Sameena believes that all residents of Collin County deserve better representation in the Texas House.  Come and join the team. 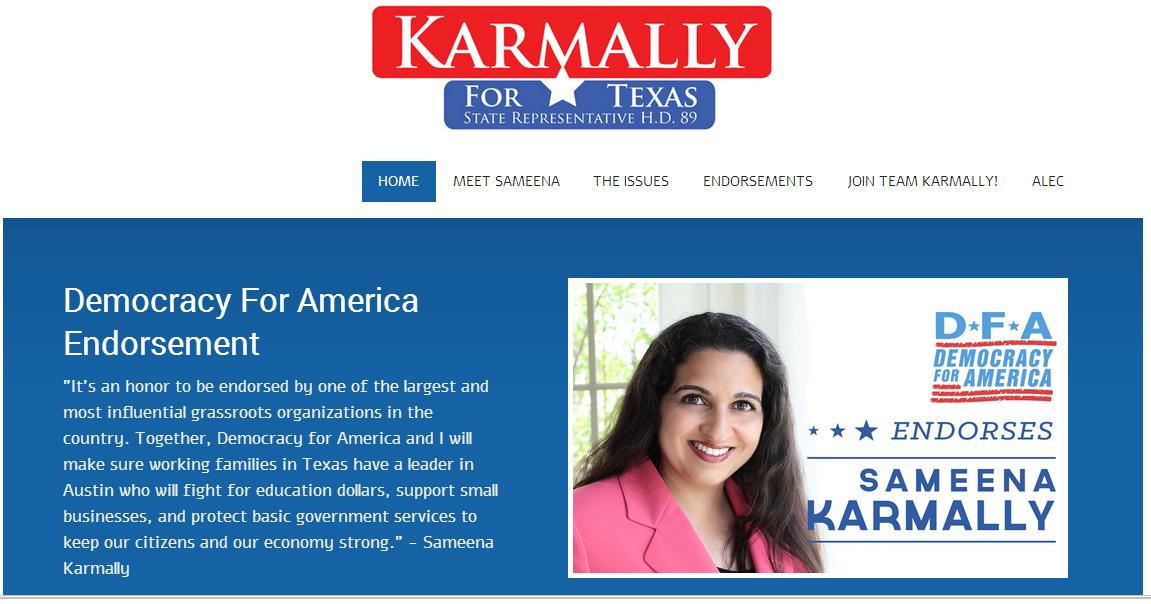 DISCLAIMER.  This is not a paid political advertisement for Sameena Karmally for Texas.