The 16th Street Baptist Church in Birmingham, Alabama was bombed on Sunday, September 15, 1963 as an act of white supremacist terrorism. The explosion at the African-American church, which killed four girls, marked a turning point in the United States 1960s Civil Rights Movement and contributed to support for passage of the Civil Rights Act of 1964.

The church was used as a meeting-place for civil rights leaders such as Martin Luther King, Jr., Ralph David Abernathy and Fred Shuttlesworth. Tensions were escalated when the Southern Christian Leadership Conference (SCLC) and the Congress on Racial Equality (CORE) became involved in a campaign to register African Americans to vote in Birmingham.

The campaign was successful. The demonstrations led to an agreement in May between the city’s business leaders and the Southern Christian Leadership Conference (SCLC) to integrate public facilities in the city.

Today, we honor the memory of three precious girls, Addie Mae Collins, Cynthia Wesley, Carole Robertson, and Denise McNair were killed in the bombing of the 16th Street Baptist Church.

Let us commit today, to remember why these young ladies died, and let us commit to making sure every vote and every voice is heard, not just in places like Birmingham, Alabama, but right here in Collin County! 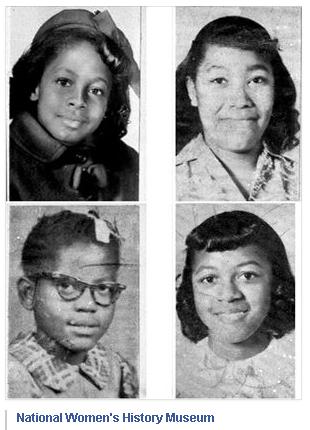