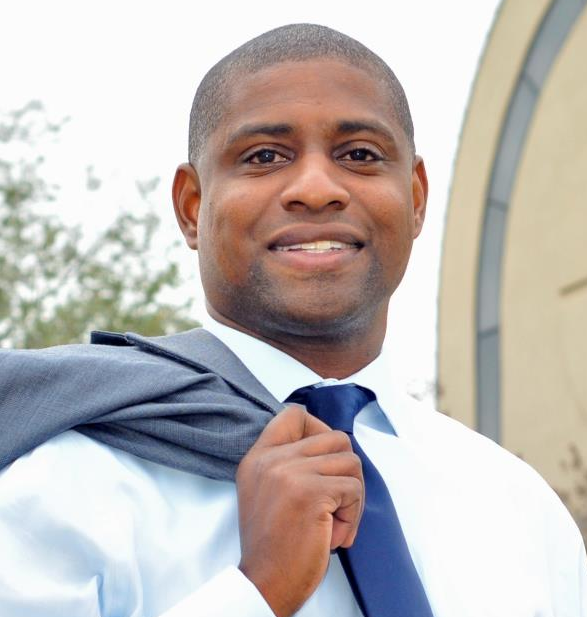 Steve Brown is running for a seat on the Texas Railroad Commission because he believes that it can improve on its promise to adequately support industry growth while also protecting the environment, ensuring public safety, and safeguarding land owner and consumer rights. Steve knows that abundant growth in the energy industry is the engine of Texas’ economy. He would ensure the Railroad Commission would have the resources to respond to everyday Texans’ concerns. Steve is a proven public advocate and he would work to reform and strengthen the Commission to the benefit of all Texas families.

Steve Brown, a North Carolina native, came to Texas when his family moved while he was still in middle school. He and his wife Monique St. Amant-Mathis, have two sons, Mathis and Stephen III. The Brown family lives in Missouri City, where they attend church and the boys go to elementary school. Steve and Monique teach their children about the importance of equality and public service.

At an early age, Steve dedicated his life to public service and to the belief that community organizing is the most effective way to bring positive change. In 1996, Steve started working for then US Senate candidate Harvey Gantt, who was striving for more inclusive representation for African Americans in North Carolina. Steve’s work continued at North Carolina A&T State, where he founded a College Democrats chapter focused on the interests of the other African American students there. After college, Steve and his wife settled down in the Houston area where he ran and was elected as Chair of the Fort Bend County Democratic Party. Currently, Steve is on the board of the Youth Development Center of Houston and volunteers with Texas Young Democrats and the Fort Bend Democrats Club.

Steve has worked in both the United States Capitol for Congresswoman Sheila Jackson Lee and the Texas State Capitol for Representative Sylvester Turner. Steve has experience with the problems facing Texas from his time at the Capitol but also from his conversations with Texans during traveling around the state.

Steve is passionate about creating opportunities for Texas families to succeed. He believes that Texans deserve a Railroad Commissioner who will elevate the concerns of everyday Texans. Steve Brown will make public safety and industry responsibility a priority by encouraging partnerships between the industry and local communities that will ensure a growing oil and gas industry that can continue to benefit Texas families for generations.