In Collin County, 18.91% of registered voters stepped out to vote in the Texas Primary that took place yesterday, March 6, 2018.

In the Democratic Primary, there were several close races. One of the tightest was the race for State Senator, District 8. Mark Phariss ended up beating his opponent, Brian Chaput, by a hair with 50.90% of the vote. Joi Chevalier, running for State Comptroller, beat Tim Mahoney.

In one of the most surprising races for US Representative District 3, Lorie Burch was ahead by a little over 50% most of the night, but with a final vote tally of 49.61%, she faces Sam Johnson in a runoff.

Lupe Valdez, running for Governor, had the lead most of the evening, but since she got only 43% of the total votes, she’ll face Andrew White in a runoff.

Happily, there were Democrats running for almost every office! Many of the Democratic candidates ran uncontested, but will be facing Republican opponents in November. Even though they ran uncontested, candidates including Justin Nelson (Attorney General), Kim Olson (Commissioner of Agriculture), Danyell Lanier (County Judge), Ramona Brumfield (Justice of the Peace Precinct 3 Place 2) among many others, had an impressive number of votes. Keep them coming!

If you’re interested in the Primary results for the entire State of Texas, check out these sites:

Official Texas totals, Democratic Party, from the Texas Office of the Secretary of State.

Official Texas totals, Republican Party, from the Texas Office of the Secretary of State.

Democratic Propositions passed by 99.43%. Yup, that’s almost everyone who voted! We all agree on our mission.

Excited candidates, volunteers, and voters got together all over town to watch the elections and celebrate their hard work. We have the pictures to prove it. 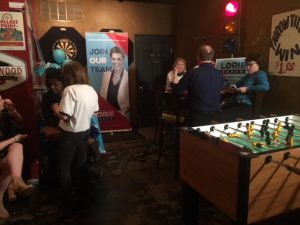 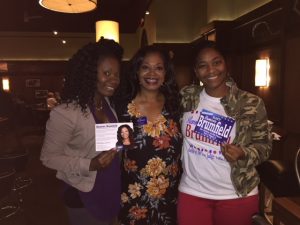 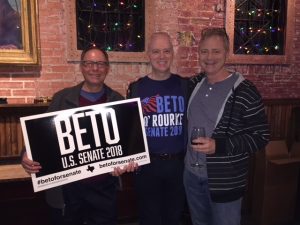 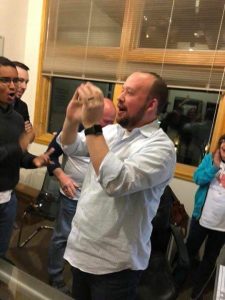 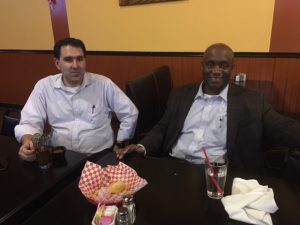 Congratulations to all the candidates for your dedication to the political process. We’re proud of all of you. 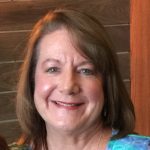 Carole Evans is a long-time Plano resident who was previously a technology executive and project management educator. Even though she claims to be retired, she is now officiating volleyball for middle schools and high schools. 2016 woke her up politically, so she calls herself “a new activist”. Harried mom to two cats, daughter to her mom, sister to her mom’s dog, all who live in Plano with her. Gulp!