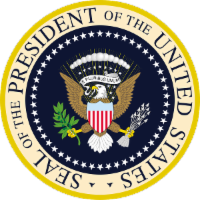 March 26, 2020
by Maury Marcus
Who can run for the office of President of the United States?
Four years ago, one of the candidates for the other party’s nomination, who was serving as governor of Wisconsin, was a college dropout. Another candidate, an uncouth and vulgar slob, had no experience in the art of governing, less than no experience in foreign policy or national security, and was full of prejudices and phobias. He opposed that party’s longstanding principles and denounced the core values of the nation’s founders as “political correctness”. He won the nomination.
In the current cycle, in our party, one candidate had never run for office, but had written self-help books, and sounded like a refugee from dreamland. Two candidates were billionaires with no experience in governing who tried to buy votes. One candidate had served 12 years as mayor of the nation’s largest metropolis for the other party and had become a Democrat only this year. Another, whom I love as a senator, had 30 years of experience in the Congress as an independent. During the past six years, he has been an independent in senatorial years and a Democrat in presidential years. Several of the candidates had no experience whatsoever in national security and foreign policy.
It behooves the national party to set minimum requirements for those who seek its presidential nomination:
(1) He or she must be a graduate of an accredited American college or university. This is the minimum requirement for serving as a second lieutenant in the U. S. Army. The commander-in-chief should have at least as much minimal education.
(2) She or he must have been a registered member of the Democratic Party for at least 10 years. If a candidate wishes to be the top leader of our party, she or he must be a longstanding member of our party.
(3) He or she must have voted in the last three Democratic presidential primaries. A candidate must be someone who cares about the party enough to participate in its processes.
(4) She or he must have held elected office as a Democrat and shown some facility for governing. Note to businessmen: experience in making money does not translate into skill in the art of governmental leadership.
(5) He or she must have served in the armed forces, the diplomatic corps, or the intelligence services of the United States, or in a position of oversight thereof in the Congress or in the Cabinet. In a world where neo-authoritarian bullies are on the march, where the internal turmoil of Muslim nations often spills over into the democracies of the West and the Far East, and where atmospheric carbon has become a planetary existential threat, it is inconceivable that a candidate for president be lacking in this area.
The Democratic National Committee and the Convention should adopt these rules for future presidential cycles.