Observations from Another Municipal Runoff 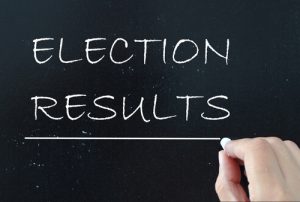 There were high visibility runoffs in Dallas, Plano, and Richardson Saturday. Things turned out okay in one city with two Democrats to choose from for mayor, but not so great elsewhere.

We congratulate State Representative Eric Johnson for his win as Dallas Mayor.

A progressive candidate opposed by the establishment Richardson Coalition came as close as anyone has in the last decade to beating their monopoly on power, but he still lacked 83 votes to win.

And the biggest disappointment was in Plano, where two members of the “angry crowd” (who surprisingly like to call us angry) beat a progressive Democrat and an incumbent moderate Republican.

Despite these losses in Plano and Richardson, there are some lessons to be learned and hope for the future.

First and foremost, despite our gains of 2018, this year’s elections made it clear that the conservative/reactionary base is still more in the regular habit of voting than our progressive and moderate base is. Every election comes down to turnout, but it’s especially important for low turnout elections for city councils and school boards, and their runoffs.

Second, networking matters. The “non-partisan” civic establishment in both Plano and Richardson is still dominated by Republicans. To win, Democrats either need to break into those circles or create alternate networks with the same strength.

So, let’s take a pause to lick our wounds and reflect. But not too long. I know we’ve said it for the past several elections, but next year’s elections are really going to be the most important in our lifetimes so far. Even though it’s too early for them to be considered very accurate, the recent Presidential polls for Texas consistently show what would have been unthinkable even four years ago – Texas is in play.

Let’s apply the lessons we’ve learned and show Republicans next year what it’s like to lose, and lose bigly.